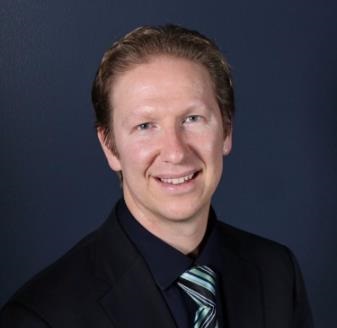 KALAMAZOO, MI (September 28, 2017) — The Irving S. Gilmore International Keyboard Festival and Awards has named Pierre van der Westhuizen as its next Director, effective January 2, 2018.
Van der Westhuizen (WEST-hay-zen) will succeed The Gilmore’s current Director, Daniel Gustin, who will retire in 2018 after 18 years at the helm of the organization.

“The prospect of being part of an organization as unique, forward-thinking, and creative as The Gilmore is incredibly exciting to me,” said van der Westhuizen. “I look forward to being part of the vibrant future of this cultural gem.”

Currently the CEO of the Cleveland International Piano Competition, Pierre van der Westhuizen is a seasoned arts administrator, concert pianist, and academic.  A native of South Africa, van der Westhuizen earned his Bachelor of Music from Northwest University in Potchefstroom, South Africa and Doctorate of Musical Arts in Piano Performance from the College-Conservatory of Music at the University of Cincinnati.  He and his wife, Sophie, held teaching posts in piano at Heidelberg University in Ohio, where they developed a piano competition and festival over their six-year tenure.

Recruited to the Cleveland International Piano Competition (CIPC) in 2011, van der Westhuizen transformed the competition from a single event to a fully-fledged arts organization by developing a festival approach, which now includes the CIPC Young Artists Competition, the CIPC Concert Series, and ArtsConnect Community Outreach. Activities include competition performances, guest artist recitals, lectures, master classes, films, chamber music, and orchestral performances. Van der Westhuizen has been a successful fundraiser for the CIPC, almost doubling the revenue for the competition and more than doubling corporate investment for the 2017 Concert Series.

Van der Westhuizen’s efforts have been recognized by such publications as Crain’s Cleveland Business (named among “40 under 40” community leaders in 2014) and Musical America (named among the 2015 “30 Music Professionals of the Year”).

“We are delighted that Pierre will be leading The Gilmore,” said Cynthia Kole, President of The Gilmore’s Board of Trustees.  “His passion for music, his warm personality, and his creative vision will propel The Gilmore Festival and Awards into the next exciting phase.”

The Gilmore’s current Director, Daniel Gustin, stated, “I am happy to turn over the reins of The Gilmore to Pierre, who I know will take the organization to ever greater heights.”  Gustin, who has programmed the 2018 Festival, plans to remain in Kalamazoo and will be available to assure a smooth transition of leadership for The Gilmore.

The Gilmore Artist and Gilmore Young Artist Awards are the legacy of Irving S. Gilmore, a Kalamazoo businessman and philanthropist whose special devotion to keyboard music and its musicians inspired the creation of the Awards and The Gilmore Keyboard Festival in 1989.  The Awards are among the most significant in the music world today and the biennial Festival presents many of the world’s most sought-after classical, jazz, and contemporary keyboard artists.  The Gilmore also commissions new piano music, presents an annual Rising Stars recital series and a biennial Piano Masters Series, and provides music education events and programs for children and adults. The next Gilmore Keyboard Festival will take place across Southwest Michigan April 25 through May 12, 2018, and will feature nearly 100 events including performances by the 2018 Gilmore Artist and Gilmore Young Artists.
More information can be found at thegilmore.org.