Seattle Opera receives $30,000 from National Endowment for the Arts 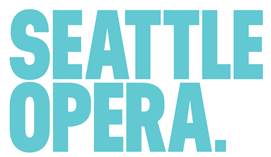 Seattle – Seattle Opera has received a $30,000 grant from National Endowment for the Arts (NEA).
The funds, in support of the February, 2016 production of Donizetti’s Mary Stuart, are part of a larger $27.6 million that NEA is awarding to American arts groups in 2016.
Seattle Opera General Director Aidan Lang said the generous grant, which specifically draws from NEA’s Art Works Program, will allow audiences to connect with Mary Stuart in meaningful ways—both during the performance, and before they step in to the theater.

“NEA is supporting a wide range of our education and community engagement activities—and the hope is that we’ll be able to connect with people who may be new to opera,” Lang said. “For example, the funding will support our partnership with Classical King FM 98.1; this partnership is crucial, as it allows us to share the music with as many people as possible.”

These activities will include previews, pre-performance talks, post-performance question-and-answer sessions, and dress rehearsals for students—all surrounding the performances of Mary Stuart (Feb. 27-28; March 2, 5, 9, 11 and 12. 2016).
A radio broadcast and live-streaming on KING FM 98.1 will also be offered on the following dates: Feb. 27 (preview hosted by General Director Lang), and March 5 (broadcast of a live performance).

Mary Stuart tells the story of a fictional confrontation between Queen Elizabeth I and Mary Queen of Scots.
The production will be directed by Kevin Newbury with Maestro Carlo Montanaro at the podium.
Collectively, the two casts include Serena Farnocchia and Joyce El-Khoury (sharing the role of Mary Stuart); Mary Elizabeth Williams and Keri Alkema (sharing the role of Elizabetta); John Tessier and Andrew Owens (sharing the role of Leicester).
The performance also includes performances by Michael Todd Simpson, Weston Hurt and Renée Rapier.

NEA Chairman Jane Chu said, “The arts are part of our everyday lives – no matter who you are or where you live – they have the power to transform individuals, spark economic vibrancy in communities, and transcend the boundaries across diverse sectors of society. Supporting projects such as Seattle Opera’s Mary Stuart offers more opportunities to engage in the arts every day.”

Join the conversation on Twitter and Facebook with #NEAFall15 and #SOMaryStuart. For more information on projects included in the NEA grant announcement, go to arts.gov.

Seattle Opera is a leading opera company, recognized both in the United States and around the world.
The company is committed to advancing the cultural life in the Pacific Northwest with performances of the highest caliber, and through innovative education and community programs that take opera far beyond the McCaw Hall stage.
Each year, more than 95,000 people attend Seattle Opera performances and the company’s programs serve more than 400,000 people of all ages (including school performances, radio broadcasts and community engagement initiatives).
Seattle Opera is especially known for its acclaimed works in the Richard Wagner canon, and has created an “international attraction” in its presentation of Wagner’s epic Ring, according to The New York Times.
Connect with Seattle Opera on Facebook, Twitter, SoundCloud and through the Seattle Opera channel on Classical King FM. 98.1.