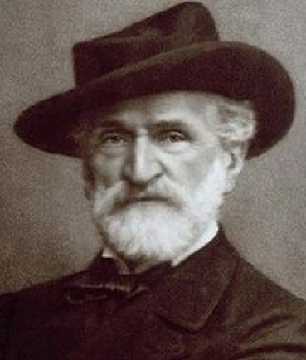 Seattle— Seattle Opera’s Young Artists Program concludes its 2012/13 season next month with a one-night-only concert celebrating one of opera’s greatest composers.
“Viva Verdi!” takes place on April 6, 2013, at University of Washington’s Meany Hall, as part of the Young Artists’ season-long celebration of Giuseppe Verdi.
The Young Artists—along with the Seattle Opera Chorus and the Young Artists Program Orchestra—will perform selections and scenes from beloved Verdi operas, including the Overture to La forza del destino, the first act of La traviata, the Garden Scene from Don Carlo, “Va, pensiero” from Nabucco, and the final act of Rigoletto.

Tickets are on sale now, and are $15 for students under 18, $35 for adults, and $100 including VIP seat location, a post-performance reception with artists, and a gift in support of the program.

“The works of Giuseppe Verdi have been the mainstay of opera companies worldwide for over a century,” says Speight Jenkins, General Director of Seattle Opera.
“It is a thrill to honor Verdi with this special concert, and I am looking forward to hearing our extraordinary Young Artists tackle the challenges of some of his mature work.”
“Verdi’s music has always been closest to my heart,” says Brian Garman, Music Director of Seattle Opera’s Young Artists Program.
“Additionally, there is a great deal for young singers to learn here—about language, phrasing, musicality, theatricality, and, of course, singing. There are places in the music of many other composers where you can ‘hide.’ But Verdi never lets you off the hook: you’ve always got to sing. And what sublime music it is!”
This season’s Young Artists are baritone Hunter Enoch, pianist Christopher Lade, soprano Sarah Larsen, tenor Theo Lebow, mezzo-soprano Deborah Nansteel, soprano Dana Pundt, and bass-baritone Matthew Scollin.
They kicked off the year with a touring production of Verdi’s early comedy King for a Day.
The Seattle performance, at Benaroya Hall’s Nordstrom Recital Hall on November 17, sold out.
Several of the Young Artists have also displayed their talents on Seattle Opera’s mainstage this season: Lebow and Scollin made debuts in October as the First and Second Prisoners in Fidelio, while Pundt made her debut as Clorinda in La Cenerentola in January. Larsen followed up previous Seattle Opera performances as Mercédès in Carmen and Suzuki in Madama Butterfly during the 2011/12 season with Tisbe in La Cenerentola. In May, Larsen and Pundt return as 1st Tourière and Suor Genovieffa in Seattle Opera’s Suor Angelica, while Nansteel makes her debut as the Nursing Sister.

As previously announced, the Young Artists Program will go on hiatus next season.
Several of the brightest talents to emerge from the program will return for the mainstage performances of Menotti’s The Consul, February 22-March 7, 2014.
Marcy Stonikas, Michael Todd Simpson, Sarah Larsen, and other Young Artist alumni will join stage director Peter Kazaras and conductor Carlo Montanaro for this Seattle Opera premiere.
The company will then continue its focus on emerging singers by presenting its third International Wagner Competition in summer 2014 and simultaneously expanding its education and community engagement programs.

About Seattle Opera
Founded in 1963, Seattle Opera is one of the leading opera companies in the United States.
The company is recognized internationally for its theatrically compelling and musically accomplished performances, especially the Opera’s interpretations of the works of Richard Wagner.
Since 1975, Seattle Opera has presented 38 cycles of the Ring (three different productions), in addition to acclaimed productions of all the other major operas in the Wagner canon. Seattle Opera has achieved the highest per capita attendance of any major opera company in the United States, and draws operagoers from four continents and 50 states.