SEATTLE – Seattle Opera will represent the United States in discussions regarding the future of opera at the third annual National Centre for the Performing Arts (NCPA) World Theatre Forum, to be held in Beijing, China, on June 20 – 23, 2011, by personal invitation of NCPA President Chen Ping.
Chen Ping invited Seattle Opera to participate because the NCPA considers the company “an internationally recognized and greatly influential organization.”
This year’s Forum will focus on the cultivation and development of young artists, the creative commissioning process, the survival and development of opera following the economic downturn, and the use of new technology in opera production.
Representatives from Seattle Opera include Executive Director Kelly Tweeddale, Technical Director Robert Schaub, and Artistic Administrator and Director of the Young Artists Program Aren Der Hacopian.
Tweeddale will present at the Forum on the impact of the physical performing space on the business of opera; Schaub will speak on honoring the art of opera through efficiencies and innovation on the stage; and Der Hacopian will speak about the dual role of the Young Artists Program in identifying and cultivating new talent and also developing new audiences for the company.
In addition to the official program of the Forum, the Seattle Opera contingent will also meet with NCPA leaders to discuss possible collaborations in the field of opera.
Attendees at the NCPA Forum include representatives from Staatsoper Unter den Linden, Oper Köln, and Bayerische Staatsoper (Germany); Teatro Comunale di Bologna and Auditorium Parco della Musica (Italy); Teatro Real de Madrid (Spain); Grand Théâtre de Genève (Switzerland); Canadian Opera Company (Toronto); National Opera of Korea and Seoul Arts Center; and the Stanislavsky and Nemirovich-Danchenko Moscow Academic Music Theatre (Russia), in addition to representatives from 15 Chinese opera houses.
Representatives from all these theaters will converge upon by Beijing’s National Centre for the Performing Arts, well known around the world because of its iconic oval shape.
Designed by French architect Paul Andreu, the NCPA opened adjacent to Tian’anmen Square and the Great Hall of the People in 2007.
It houses three performance venues and has received praise for its stunning design, particularly beautiful at sunset, and superb acoustics.
Attendees at the Forum will have the opportunity to hear the new production of The Chinese Orphan, by prominent Chinese composer Lei Lei, based on the well-known story.

Kelly Tweeddale is Seattle Opera’s Executive Director. She plays a key role in organizing and supervising the Opera’s daily operations, generating and overseeing the company’s budgets, and developing and implementing the Opera’s long-range strategic plan.
Tweeddale previously served as the company’s administrative director since January 2003, and prior to that she held the position of marketing and communications director.
She fulfilled a leadership role in the building of Seattle Opera’s new performance venue, Marion Oliver McCaw Hall, which opened in June 2003.
Tweeddale was Director of Marketing for the Seattle Symphony and the Cleveland Orchestra. She serves on the Burke Museum’s Association Board; has chaired the Board for Tessitura Network, a nonprofit dedicated to software development and support for the performing arts sector; is a member of the oversight committee for Project Audience; and sits on the Steering Committee of the Prosperity Partnership, an initiative that is currently looking at the role the arts play in the Puget Sound region.
Tweeddale has spent the last 25 years of her career in the performing arts with a focus on developing new audiences, managing major transitions, and increasing earned revenues.

Robert Schaub has been Seattle Opera’s Technical and Facilities Director for more than 20 years, overseeing much of what an audience sees onstage, including lighting, scenery, and props.
In addition, he manages the company’s facilities and operations, and played a key role in the development and realization of the designs for McCaw Hall.
Originally from Los Angeles, California, Schaub began his career as a stagehand.
He was a technical director for the 1984 Olympic Arts Festival in Los Angeles during the Olympic games and served as Technical Director for the 6,000-seat Universal Amphitheater (now the Gibson Amphitheater) in Universal City, California.
Schaub came to Seattle Opera in 1990. His many career highlights with the company include his work on the Pélleas et Mélisande designed by Dale Chihuly, on the company’s signature production of Wagner’s Der Ring des Nibelungen, for which he was honored with a 2001 Eddy Award, and his recent set designer debut with Seattle Opera, co-designing Mozart’s Die Zauberflöte with Robert Dahlstrom. 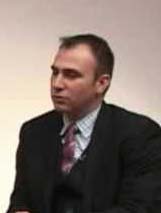 Aren Der Hacopian joined Seattle Opera in the fall of 2007 as manager of the company’s Young Artists Program, which provides guidance and training for talented young singers at the beginning of their careers.
He is now director of the program, a duty he balances with his role as Artistic Administrator for Seattle Opera.
Der Hacopian, who immigrated to the United States from Iran in 1988, previously worked with the Domingo-Thornton Young Artists Program at Los Angeles Opera. As director of Seattle Opera’s Young Artists Program, Der Hacopian oversees all artistic and budgetary operations of the program, which trains up to a dozen singers and produces two operas each season.
In his other role, as the company’s artistic administrator, he assists the general director in casting all mainstage productions, negotiating with singers’ agents, contracting soloists who perform with Seattle Opera, and overseeing the budget for singers.

Founded in 1963, Seattle Opera is one of the leading opera companies in the United States. The company is recognized internationally for its theatrically compelling and musically accomplished performances, especially the Opera’s interpretations of the works of Richard Wagner.
Since 1975, Seattle Opera has presented 38 cycles of the Ring (three different productions), drawing operagoers from four continents and 50 states.
Its robust Young Artists Program is now entering its 14th season.
By achieving national and international recognition for the quality of all its programming, Seattle Opera commits itself to advancing the cultural life of the Pacific Northwest through education and performance.